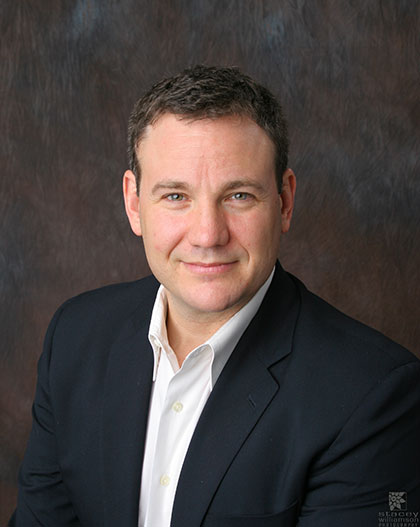 Michael was born and raised in Oklahoma City, Oklahoma. After high school he attended the University of Texas at Austin, earning his B.A. with Highest Honors (Phi Beta Kappa, Dean’s Distinguished Graduate). He graduated in 1991 from Harvard Law School, where he was an editor for the Harvard Law Review. After law school Michael spent a year traveling throughout the United States, interviewing hundreds of people in their twenties about their hopes, their ambitions, and their concerns about the future. His research became the basis for his book, The Twentysomething American Dream. Michael began his practice in the Dallas office of Susman Godfrey LLP, one of the nation’s pre-eminent firms for complex civil litigation and bet-your-business lawsuits. At Susman Godfrey, Michael represented plaintiffs and defendants in federal and state courts throughout Texas and in other states as well. His docket included commercial disputes, contract disputes, securities class actions, disputes related to trade secrets and copyright infringement, complex insurance coverage disputes for Aetna and for Webb County, Texas, and a shareholder’s derivative suit against a unit of General Electric. While at Susman Godfrey, Michael tried two cases to judgment. In one, he represented ITT Commercial Finance in a lawsuit against Wal-Mart (judgment for ITT Commercial Finance). In the other, he represented a woman who had been wrongly imprisoned based on charges of theft-by-check for checks that she did not write (judgment for our client). In 1996, Michael and his older brother started their own firm, Cohen Darnell & Cohen, PLLC. Before the firm had even opened its doors, Michael took over as lead trial counsel for the defendant (Foodmaker) in an employment discrimination case just one week before trial. His predecessor had conducted almost no investigation of the plaintiff’s claims. Michael’s cross-examination of the plaintiff was so effective that he persuaded a federal judge to dismiss the plaintiff’s case and to enter judgment for the defendant without Michael calling even one witness for the employer. Later, Michael represented an inventor in a patent-infringement trial against Huber Corporation, then one of the nation’s largest private corporations. In 1999, Michael moved to Los Angeles. It was then that he began devoting his practice to representing people and firms as plaintiffs in civil lawsuits. Michael started his plaintiffs’ practice in the Los Angeles office of Hagens Berman LLP. At Hagens Berman, Michael represented women in four gender-discrimination class actions against Boeing (in Long Beach, CA; Wichita, KS; and St. Louis, MO). He also represented consumers in class actions throughout California. In 2004, Michael became the head of the class action department for Shernoff Bidart & Darras. While at SB&D, Michael was one in a team of attorneys representing senior citizens in a series of class actions against insurance companies that had used misleading sales tactics to sell these people grossly inappropriate annuity contracts. Michael also represented individual policyholders against their carriers when their claims were unfairly denied. While at SB&D, Michael took cases that other attorneys had rejected because they were too complicated or required too much work and recovered more than $1.5 million in settlements for these clients. In 2006, Michael opened his own firm. He continued taking cases that other attorneys thought were too difficult and obtained substantial settlements for his clients. In 2009, Michael took over as lead trial counsel for a policyholder whose insurance carrier had improperly denied him a defense in a series of seven lawsuits. When Michael took over as lead counsel, the case had been dismissed by the policyholder months before, but the insurance carrier had resurrected the case and dragged the policyholder back into federal court. Within months, Michael persuaded the court that the policy’s $1-million limit did not apply to his client’s claims. In addition, even though the court had dismissed the policyholder’s claims for bad faith and extra-contractual damages the year before, Michael persuaded the court to reinstate those claims and allow them to be presented to the jury. Shortly after that, the carrier brought in a second national law firm—O’Melveny & Myers—as the company’s lead trial counsel. After a trial that lasted nearly three weeks and just minutes before closing arguments were to begin, Michael’s client accepted a seven-figure settlement from the carrier. For their work in this case, Michael and his partner, Heather McKeon, were named finalists for the 2010 “Streetfighter of the Year” Award from the Consumer Attorneys of California. In October 2010, Michael was co-lead counsel in a nationwide consumer class action that was tried in Riverside Superior Court, Jeanessa Fenderson, et al. v. Heidi Diaz, et al. Michael and his co-counsel represented approximately 48,000 people who had paid to join Kimkins.com, a website for dieters. The site peddled a diet that was little more than anorexia. Many of the women who stuck with the diet for any length of time lost their hair; others stopped menstruating. The superior court certified for class treatment claims for violations of California’s Unfair Competition Law, or UCL. The court also certified for class treatment claims for common law fraud and negligent misrepresentation—which is unusual, because courts rarely certify these claims for class treatment. After hearing the evidence, the court determined that the defendants had violated the UCL and had committed fraud and ordered the defendants to pay restitution of more than $1.8 million. The Court also ordered the defendants liable for $500,000 in exemplary (punitive) damages and issued a sweeping injunction against them. From 2009 through 2011, Michael and Heather McKeon represented an Assistant U.S. Attorney in a discrimination and retaliation lawsuit against the U.S. Attorney’s Office. In 2011 the parties settled on terms that were favorable to Michael’s client. The settlement is said to be the highest for a claim of its kind in the office’s history. Michael continues to represent people and businesses whose claims have been wrongly denied by their insurance carriers. He also represents plaintiffs in other civil matters, including class actions—often insurance-related class actions—contract disputes, employment discrimination, and business disputes.

The Advocate — “Pursuing insurance agents and brokers for professional negligence”